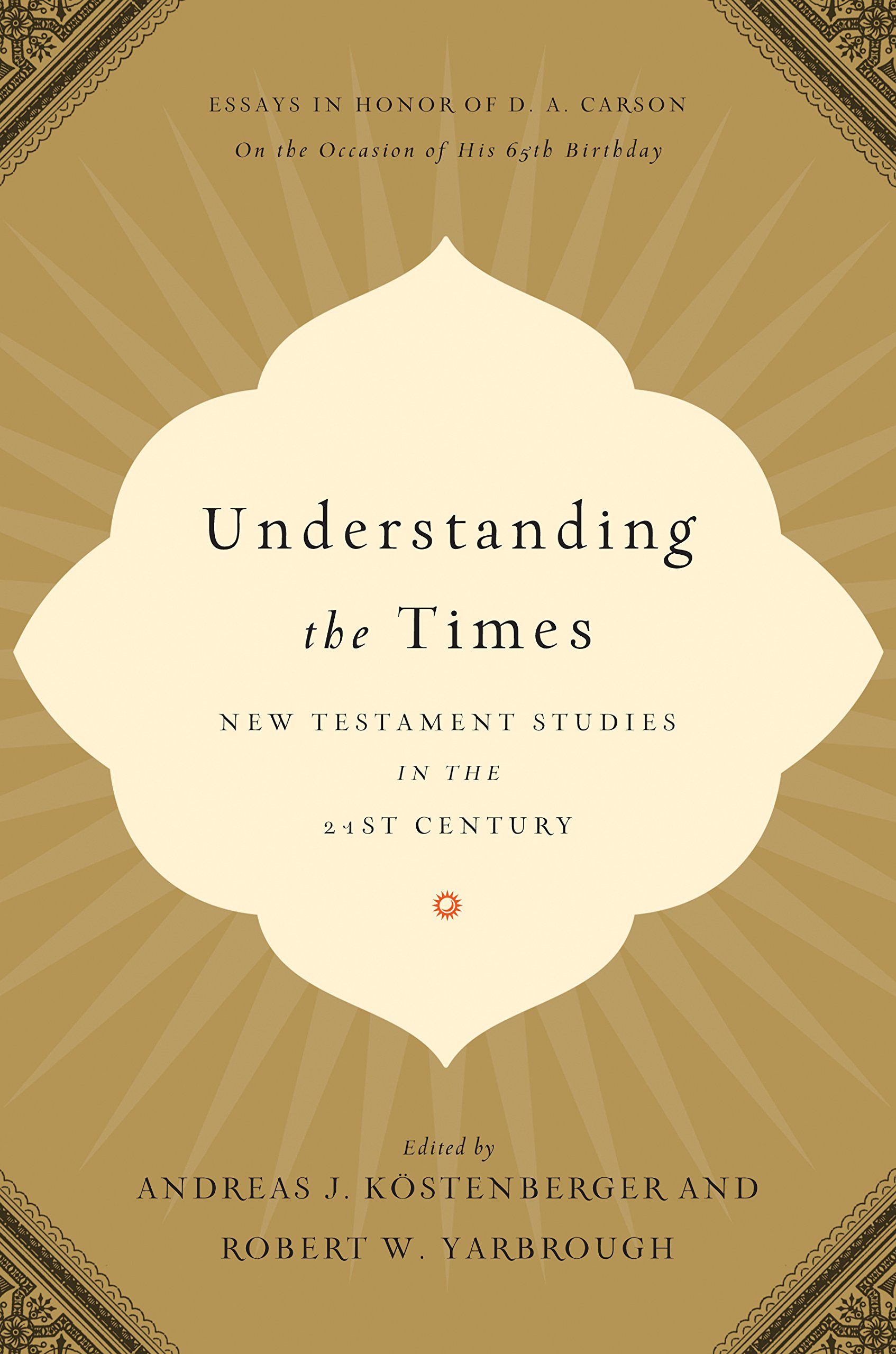 “JUSTIFICATION IN GALATIANS,” Chapter 6 in UNDERSTANDING THE TIMES: NEW TESTAMENT STUDIES IN THE 21ST CENTURY: ESSAYS IN HONOR OF D.A. CARSON, edited by Andreas J. Köstenberger and Robert W. Yarbrough

A “Bonus” Chapter Summary from Books At a Glance

In proportion to Paul’s other letters, the apostle uses the language of justification and righteousness more in Galatians than in any other letter. Paul is concerned about forensic righteousness, one’s standing before God. Justification is a chief benefit to union with Christ, a union established by the Spirit through faith alone. Law-keeping cannot establish justification nor secure God’s promises to Abraham, for even Abraham was justified by faith as an example for all who would believe. Relying on works for justification will bring only the curse of the law upon the worker. The cross has brought the law to its termination point, for Christ fulfilled the law and bore its curse so that those who believe in him might receive the blessings of the Spirit, eternal life, and justification. The believer’s present justification gives them the hope for righteousness on the day of judgment, where the verdict known now in advance will be confirmed on that final day as well.

Academic, ecclesiological, and practical concerns have brought the issue of justification by faith to the foreground of current controversy. As books and articles have been written to speak to this topic, less attention has been given to Galatians, a situation which is unfortunate because Galatians contains the most occurrences, proportionately, of dikaioo.

The first occurrence of justification in Galatians is in 2:15-21 where Paul is explaining why he rebuked Peter. The tension which Paul addressed was how Jews and Gentiles are right before God. Paul asserts that justification is not by works of the law. The central section of the letter, 3:1—4:20, contains a cluster of dik– words (in 3:6-11, 21, 24), and then some more occur in 5:4-5. Paul is contrasting trusting in works of the Torah versus faith in Christ alone. Paul is concerned to show not only that the Galatians entered life in Christ by faith but that they continue in the Christian life by faith and not by works of the law. . . .

UNDERSTANDING THE TIMES: NEW TESTAMENT STUDIES IN THE 21ST CENTURY: ESSAYS IN HONOR OF D.A. CARSON